You are using an outdated version of Microsoft's Internet Explorer web browser, which does not display modern web sites properly (including this one). To ensure you always see sites at their best and your browser security is up to date, it is highly recommended that you upgrade to a modern browser.
May 16 2017

Disengaged youth, vulnerable families, the homeless and the mentally unwell are just some of our region’s at-risk community members who will benefit from the Geelong Community Foundation grants.

The 2017 Geelong Community Foundation grants program, announced on 17 May, will fund 53 diverse projects and programs valued at $805,000 to address our community’s greatest needs.

The Geelong Community Foundation exists to make a lasting difference to people in the Geelong region. The Foundation aims to benefit the most disadvantaged in our region, helping to create a stronger, more resilient community. This year’s grants cover a range of community needs and interests including community wellbeing, youth, education, training, health, support for the aged, homelessness, poverty, family services and the arts.

Some of the 53 broad reaching organisations to benefit include Samaritan House, Geelong Food Relief Centre, Salvation Army Bellarine, KIDS Foundation, Foundation 61, Back to Back Theatre, Barwon Child Youth & Family, Ocean Grove Neighbourhood Centre, Cottage by the Sea, The Song Room and Reading out of Poverty. A full list of the 2017 grants can be found here.

Foundation Chair Mr John Miles said that the role of the Geelong Community Foundation is to fund projects and programs that will make a lasting difference in the Geelong region. The Foundation is building a corpus of funds (capital funds) and annually allocates the income earned by the fund for community grants.

“We are delighted with the results of this funding round, providing the community with a 9% increase in funding on that which was offered in 2016 and over $6.8 million since inception of the Foundation seventeen years ago. We simply would not be in a position to grant this amount of money if it were not for the continued generosity of our Foundation donors, whose total contributions are valued at almost $22 million”, Mr Miles said.

The grants were announced at a formal function on Wednesday 17 May, attended by donors, funding recipients and community members. 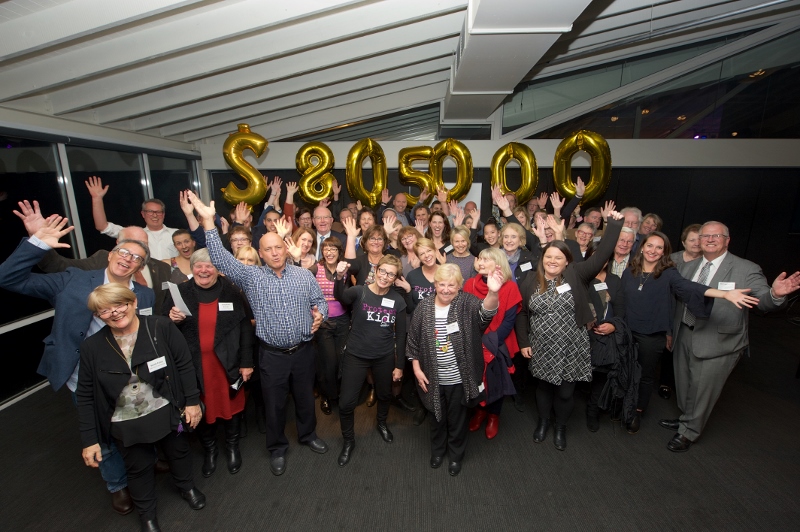