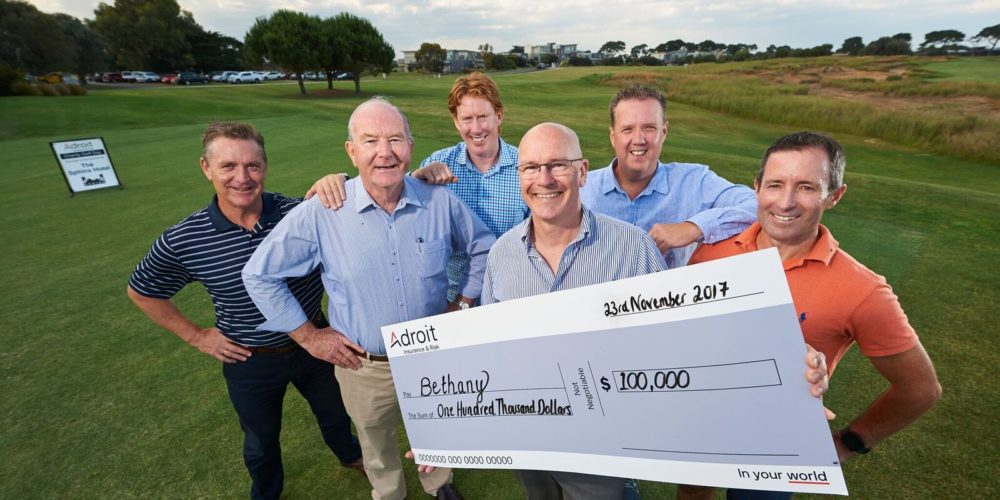 Since its inception in 2002 the Adroit Insurance and Risk Charity Golf Day has raised much needed funds for the Geelong Community. Starting with a small group of people and a passion to make a difference, this annual event has grown to one of the largest in the Geelong fundraising calendar. The event is unrivalled and noted as one of the most prestigious golf days in the region.

Since 2006 Adroit has partnered with the Geelong Community Foundation as the beneficiary of the funds from the day. The aim is for money raised to fund sustainable capital projects that will see a lasting effect on the community, any remaining monies are placed into a perpetual fund to be distributed via the Foundations annual grant round.

In 2017 the Adroit Charity Golf Day Grant was launched, with the opportunity for all community organisations in the Geelong region to apply for a $100,000 capital grant. The grant was developed to ensure the funds from the day made a lasting impact via a capital project. This not only allowed Adroit to go from being reactive to proactive in sourcing a cause but allowed local charities to plan ahead and realise a project that potentially would have been out of reach. To date the event has raised over $1,000,000 dollars.