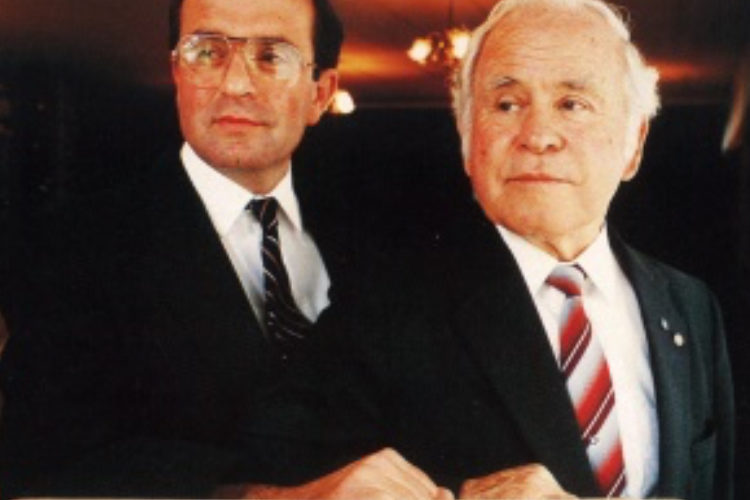 Les Cole was born in Moolap West, Geelong, in 1914. After leaving school, he worked for W Egans followed by Cheetham Salt Works, until he was 21. In 1936, he became a driver for F H Tucker and Sons, a funeral firm established ln Wycheproof, country Victoria, in 1883. When Charlie Tucker died in 1954, Les took over the day-to-day running of Tuckers. Since then, the name of Les Cole has been synonymous with family funeral care in Geelong and thanks to Les’ pioneering work, bereavement care has become a family tradition. His son Trevor partnered with his father before taking over the business and continuing the commitment to providing not only funeral services but also bereavement care and support for all members of the family, which has attracted community recognition.

After Les Cole died in 2001, Trevor set up this Fund. He is extremely proud that the company continues to serve the needs of Geelong and district people today.

Les spent over 60 years of his life supporting members of the community in their time of need. Trevor has taken the wonderful initiative of developing a Fund in the Foundation as a memorial to Les and also a celebration of the work that Tuckers Funeral & Bereavement Service does today. This Fund, with emphasis on the support of family welfare and aged care, will continue the work and name of Les Cole in perpetuity.