You are using an outdated version of Microsoft's Internet Explorer web browser, which does not display modern web sites properly (including this one). To ensure you always see sites at their best and your browser security is up to date, it is highly recommended that you upgrade to a modern browser.
April 19 2016 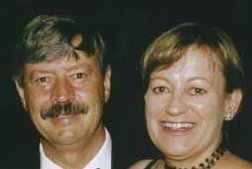 Neville Crane was born in Pinnaroo which is just over the Victorian border in South Australia. His early life and experience was on the family’s wheat farm north of Murrayville in the Victorian Mallee and when Neville was nine his father purchased the Murrayville Hardware Store. To receive his secondary education, Neville attended Ballarat College but as his main interest was in accounting, he moved to Ivanhoe Grammar to complete his Matriculation. His father sold the Hardware store in 1961 and moved to Geelong.

Neville received his Diploma in Accounting from the Gordon with part time study and then went on to achieve his degree from Deakin University as one of its first graduates. While studying, he worked in the accounts section in the Head Office at Pilkington’s prior to taking up the teaching of Commerce subjects at the Corio Technical School from 1969 to1984. After teaching he spent four years working in Teaching Consultancy at the Vines Rd Regional Education Office. In 1989 Neville moved into Financial Planning with National Mutual and in 1997 he merged his business with Errol Smith into the Planwell Financial Group. He retired from this business in 2010. Neville has had a lifelong interest in playing Football and Cricket. He played cricket with Newtown and Chilwell and football with Bannockburn.

He is married to Dianne who trained as a Primary School Teacher at Geelong Teachers College in Vines Road. She taught at East Geelong and Corio Primary Schools. Dianne retired from teaching and while bringing up two children she worked in the Planwell Business with Neville. They now have two children and one grandchild. Their daughter Paula works as a Hotel Manager in Melbourne and their son Jarrod works in Information Technology also in Melbourne.

Today Neville continues to contribute to the Newtown and Chilwell Cricket Club as their Club President. From their work, Neville and Dianne know well the needs that many less well off people have in our community today. Through Neville’s work at Newtown and Chilwell Cricket Club and their donation to the Foundation, Dianne and Neville have a very real interest in contributing back into the community in which they have worked and live.