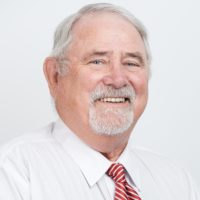 David joined Wighton and McDonald Lawyers in 1984 and became a partner in 1986. He retired from Wightons Lawyers in 2013 following a successful career where he became an accredited specialist in the areas of Wills and Estates along with Business Law.

While working in the Court system, David studied for his law degree part time. During his career David has been very involved with the Law Institute in lawyer education in the areas of Wills and Estates and Business law.

He was an active Apex member for many years and was Chairman of Villamanta Disability Legal Services for some years. He is the former Chairman of Eastcoast Vacations, which is a Timeshare Trust. David is also Vice President of Kondanani Zambia Inc, which supports some schools in Zambia and he is the former President of Highton Combined Probus Club.