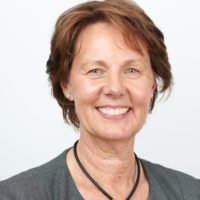 Gail joins the Foundation with a distinguished career spanning roles in the community and corporate sectors, and a passion for the Geelong community.

Since 2007 Gail was the Manager at Volunteering Geelong and has great knowledge and connections in the Geelong community. Gail is formerly the Corporate Citizenship Manager at Ford Australia and Executive Director at United Way Geelong (now Give Where You Live).