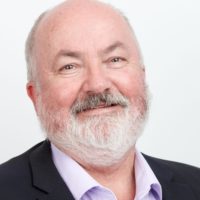 Mark is currently a Senior Advisor for InvoCare Australia and Advisor, Mentor and Coach to Tuckers Funeral & Bereavement Service. Previously the Victorian General Manager for InvoCare Australia and the CEO to the Cole Group of Companies where he was an owner and partner of Tuckers Funeral & Bereavement Service.

Prior to this Mark served with the Department of Defence where he held several senior positions serving for over 20 years. A Graduate of the Leaders for Geelong Program, Mark has held several Board positions and been actively involved in the Geelong community across many entities. He is a Graduate of the Australian Institute of Company Directors and currently Chairs the Finance Committee for the Barrabool Christian Foundation.