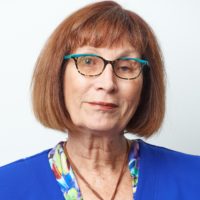 Allana has been a resident of Geelong since 1982. After completing her Arts/Law degree at Monash University, she worked as a solicitor in Geelong for more than 20 years, most extensively in the Family Law field. She was a partner in the firm, Hodges Hall (now merged with Harwood Andrews)

Allana joined the Victorian Bar in 2001, practising in Family Law.

Allana has had extensive involvement with community organisations including Deakin University Animal Experimentation Ethics Committee, Barwon Child Rights and Maltreatment Task Force, Zonta International, St Laurence Community Services, the Geelong Club, The Gordon Board and Audit & Risk Management committee, the Steampacket Board and served as a Regional Councillor with the City of Greater Geelong 1998 -2001

Allana lives in Leopold, with her husband, Paul Davey. She has three children and two grandchildren, and tries to find time to indulge her love of travel, running, skiing and playing the piano – an impossible task.

Allana is honoured to be able to contribute to the work and outcomes that the Geelong Community Foundation strives to achieve.