You are using an outdated version of Microsoft's Internet Explorer web browser, which does not display modern web sites properly (including this one). To ensure you always see sites at their best and your browser security is up to date, it is highly recommended that you upgrade to a modern browser.
January 20 2020 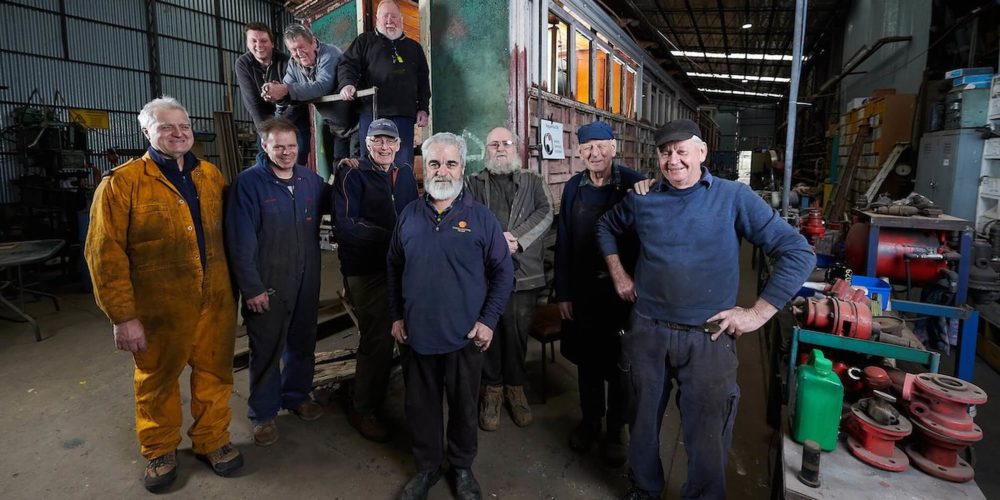 Members of the Geelong Steam Preservation Society were delighted to receive a $9000 grant from the Geelong Community Foundation to help restore ‘Car 19’.

Rescued from a paddock in South Australia, the one-hundred and forty-year-old workman’s car was in poor condition when it arrived at the society’s Queenscliffe workshop, where every Tuesday around twenty volunteers come together to help bring it back to its former glory.

“It’s great for people to come out and socialise, have a chat and a laugh and work on a big project together”, says Michael Menzies, a life member of the society.

While the grant money will be used to purchase timber to replace the wooden frame work, roofing, and install new safety glass, Michael believes the project is about more than doing up an old carriage.

“Projects like this bring people together, people who might otherwise be alone at home, it gives them a reason to be active and social and a way to contribute skills and knowledge to the community. It’s as much about mental health as it is about preserving rail history”, says Michael.

“If we had to fund the project out of the operation of the railway some of the people starting on it wouldn’t be around when it was completed, so the grant from the Geelong Community Foundation will kick it along and we’ll get it finished in good time”, says Michael.

Once restored, Car 19 will again ride the rails – this time as a function car on the Bellarine Railway.

“It was a great feeling to know that the Geelong Community Foundation thought this was a worthwhile project to support. It’s a great way people can put even a modest amount into the Foundation and know it’s going to be well managed and facilitate positive things for the community”, says Michael.

Now is the time to apply for a grant from this year’s funding pool.