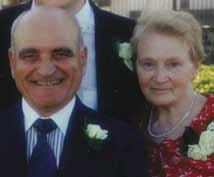 Born in Sicily in 1926, the ninth of 11 children, Tom Santalucia migrated to Geelong in 1955 where hard work has seen him become a successful Geelong businessman. Geelong stands to benefit from Tom’s success as he has decided to give back to his local community through the Geelong Community Foundation.

In his childhood, educational opportunities on his island home were limited and the young Tom only managed to complete up to grade five. The build up to and eventual onset of World War 2 interrupted his teen years, but he survived and left Sicily with a cousin in 1946 to seek work. They trekked through the Italian mainland and traversed the Italian Alps before finding work in France, where Tom worked as a timber worker and in coal mines. A visit to his family in Sicily saw him picked up by local authorities and forced into military service. In 1953, Tom began a road maintenance company that was difficult work with limited opportunities, so in 1955 he decided his future would be in Australia.

Tom settled into Geelong, working briefly at the Ford Motor Company, a foundry in Melbourne and back-breaking cane cutting in North Queensland. He finally returned and in Geelong where his brother lived, was joined by his young sister. In 1957, Tom met his wife Hildegard and together they operated a small retail shop and developed their business experience into the acquisition and operation of a local supermarket. The young couple had a son Tim and daughter Lisa.

In the latter years of operating the supermarket and for the next 25 years, Tom and Hildegard began acquiring commercial freehold properties across the Geelong region. This continued through to 1997, when Hildegard passed away. In 1992, Tim took on various roles within the family group of companies and was joined by his sister in 2001. In 2002, Tom retired from significant active participation in the company’s affairs, focusing more on his six grandchildren. The legacy of Tom and Hildegard continues with investments and projects in several Australian states, ensuring a secure future for generations to come.