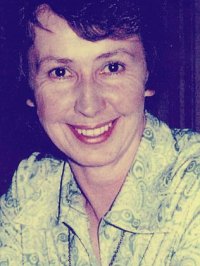 Margaret Cody was born in Melbourne on August 12, 1933. She was just one month old when her father moved the family to Geelong where he took up a position at the Ford Motor Company.

Margaret’s education was at Sacred Heart College. After leaving school in 1950, she trained as a nurse at the Mercy Hospital followed by Midwifery training at the Royal Women’s Hospital in Melbourne.

After her training, Margaret came back to Geelong to work at Geelong Hospital. As a young nurse, she also worked in Canada to broaden her nursing experience. In 1973, she represented Geelong Hospital at a nursing conference in Mexico.

She led a very interesting life, with travel being one of her great passions. She travelled extensively in Europe with various friends and often recounted her adventures while travelling by motor scooter. In 1977, Margaret visited India and enjoyed the challenge of a 12-day trek in Nepal with her good friend Lois McPherson.

Margaret progressed in seniority at Geelong Hospital and was involved in the planning of the Birdsey Wing, which opened in 1976. Many nurses have reported that the presence of an experienced nurse like Margaret on the Planning Committee meant that the care of patients and the way that care flowed in the new wards was uppermost in the minds of the planners. Margaret was appointed the first sister in charge of Birdsey Wing and, with the nursing staff, developed new policies and protocols for holistic patient care.

She was a long standing and well respected member of the nursing administration staff and was the Nurse Manager of Baxter House – Maternity Services from 1981 to 1993. During her time at Baxter House, she demonstrated outstanding commitment to the care of pregnant women in the Geelong Region. Margaret also relieved as Deputy Director of Nursing on numerous occasions.

Following her retirement, Margaret worked tirelessly for the St Vincent de Paul Society. She had a lifetime interest and was a generous supporter of the Ryder Cheshire Foundation, where she supported the work at the “Raphael” Ryder Cheshire International Centre for the Relief of Suffering at Dehra Dun in India.

Margaret was a keen reader and secretary of the CAE Book Group. She was a member of the Newtown Ladies Probus Club for 17 years, where she was secretary on two occasions. She holidayed in Norfolk Island with a Probus group in 2002. Margaret played bowls, enjoyed cards as a member of a Solo group, loved live theatre and enjoyed attending the MSO Concerts in Geelong.

To her friends and fellow workmates, she was very loyal and committed to her wider family, her faith and her nursing profession. She is sadly missed by all her friends and former colleagues.

In her will, Margaret provided legacies to the Ryder Cheshire Foundation, Ryder Cheshire Homes and St Vincent de Paul Society. These were organisations she had supported over many years. She also provided a bursary fund to assist education of students for the Roman Catholic Priesthood.

Margaret’s major lifetime interest through her work and with her friends was Geelong and the people of this region. She has entrusted $900,000, being the major portion of her estate, to the Geelong Community Foundation.